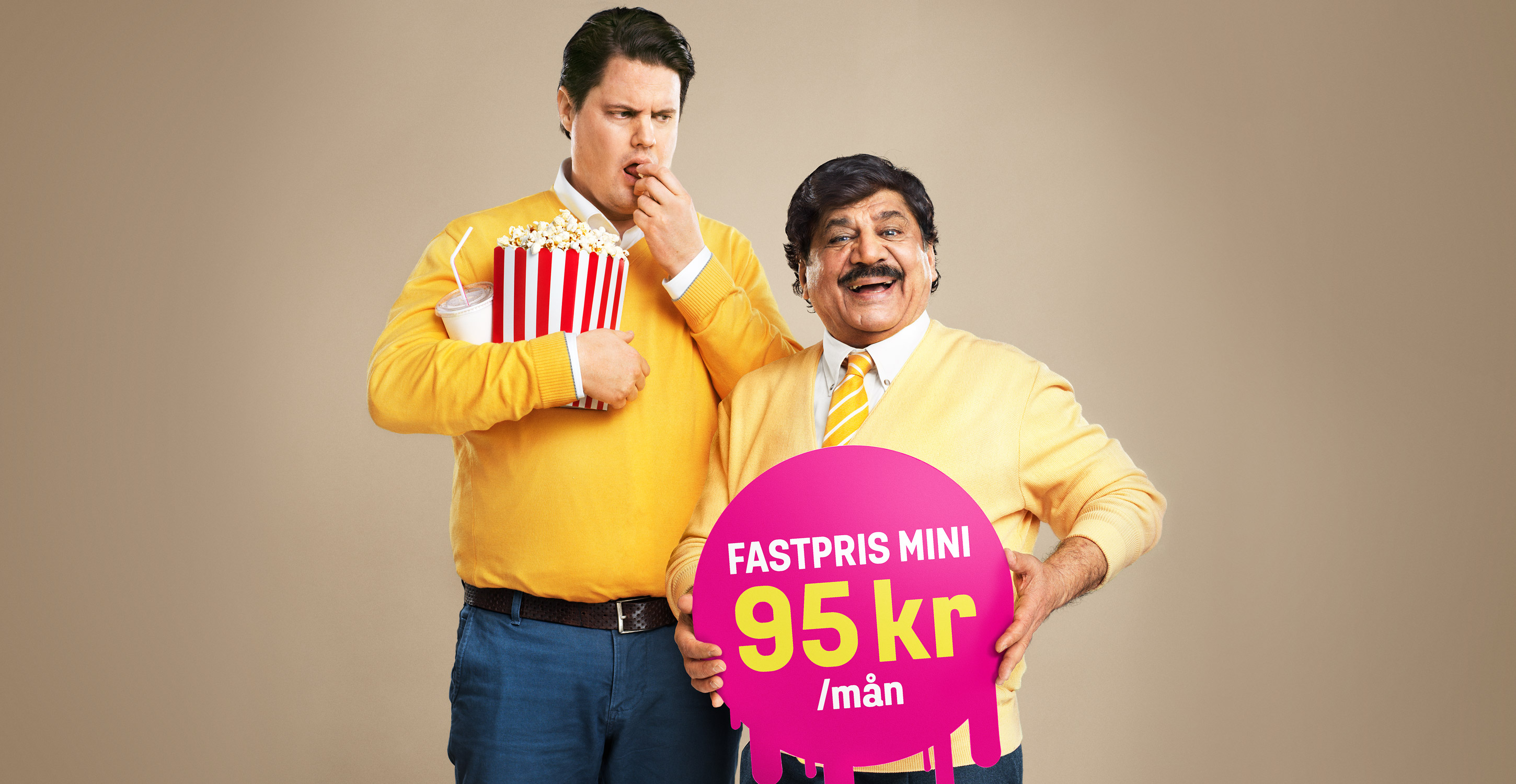 While I was working at Tele2 I was involved in several campaigns for Comviq. One of the company’s flanker brands. Comviq is the only one of Tele2’s brands that are based around two mascots. Additionally, it has a humorous tone. I really enjoyed working with Comviq and help expand on the brand’s playfulness.

Under Hundring was a recurring campaign for Comviq that I had to pleasure to work with. It translates to “below the hundred” and refers to 100 SEK, which is also one of the monetary bills in Sweden. The intention of the campaign was to showcase the inexpensiveness of Comviq’s pre-paid offer Fastpris Mini by comparing it to other items (food, flowers, etc.). The comparison was done in a light-hearted and comedic fashion.

In this campaign, I worked with the agency ANR BBDO, which was responsible for the campaign concept and photography. My responsibility was photo editing, graphic design, and final art. 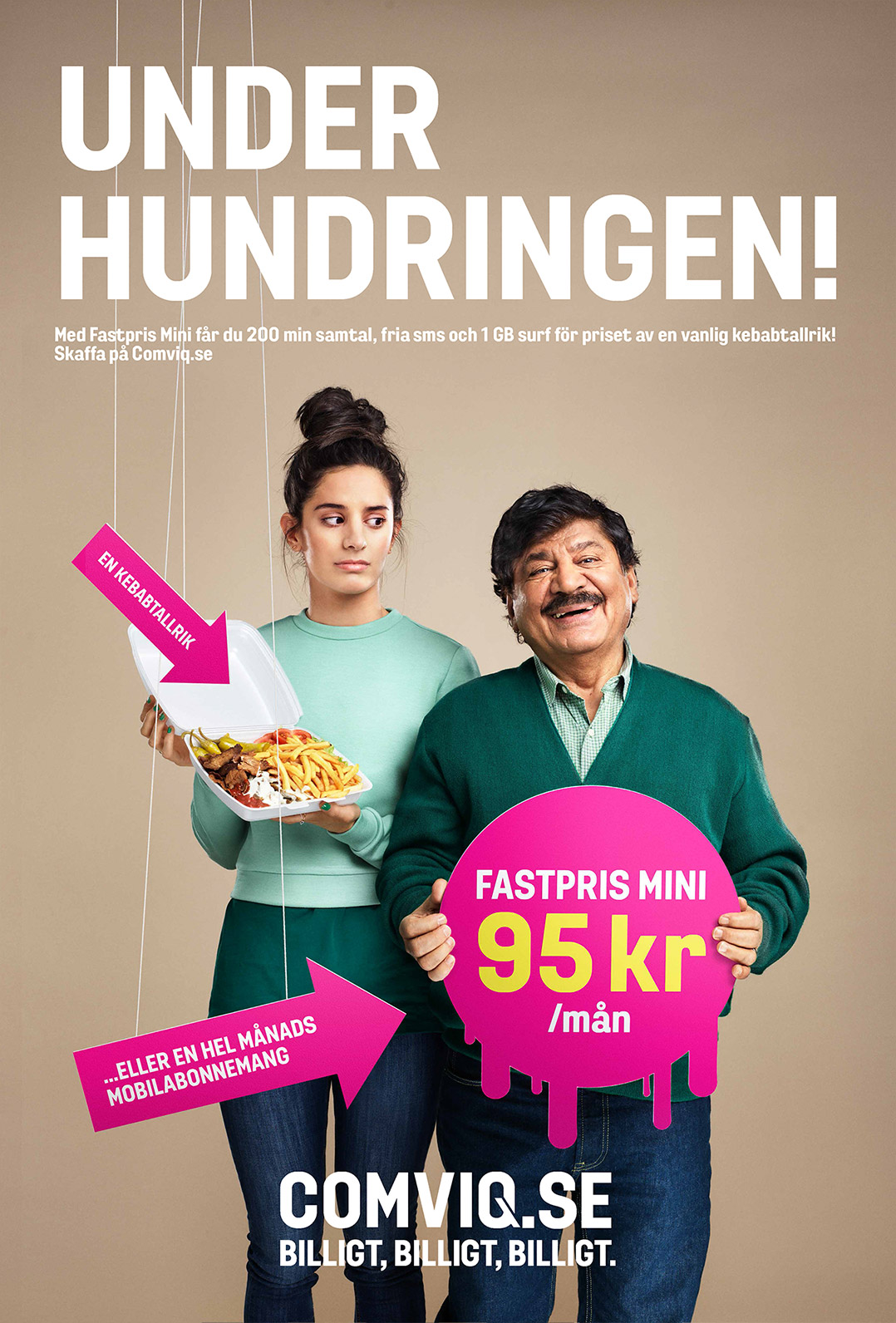 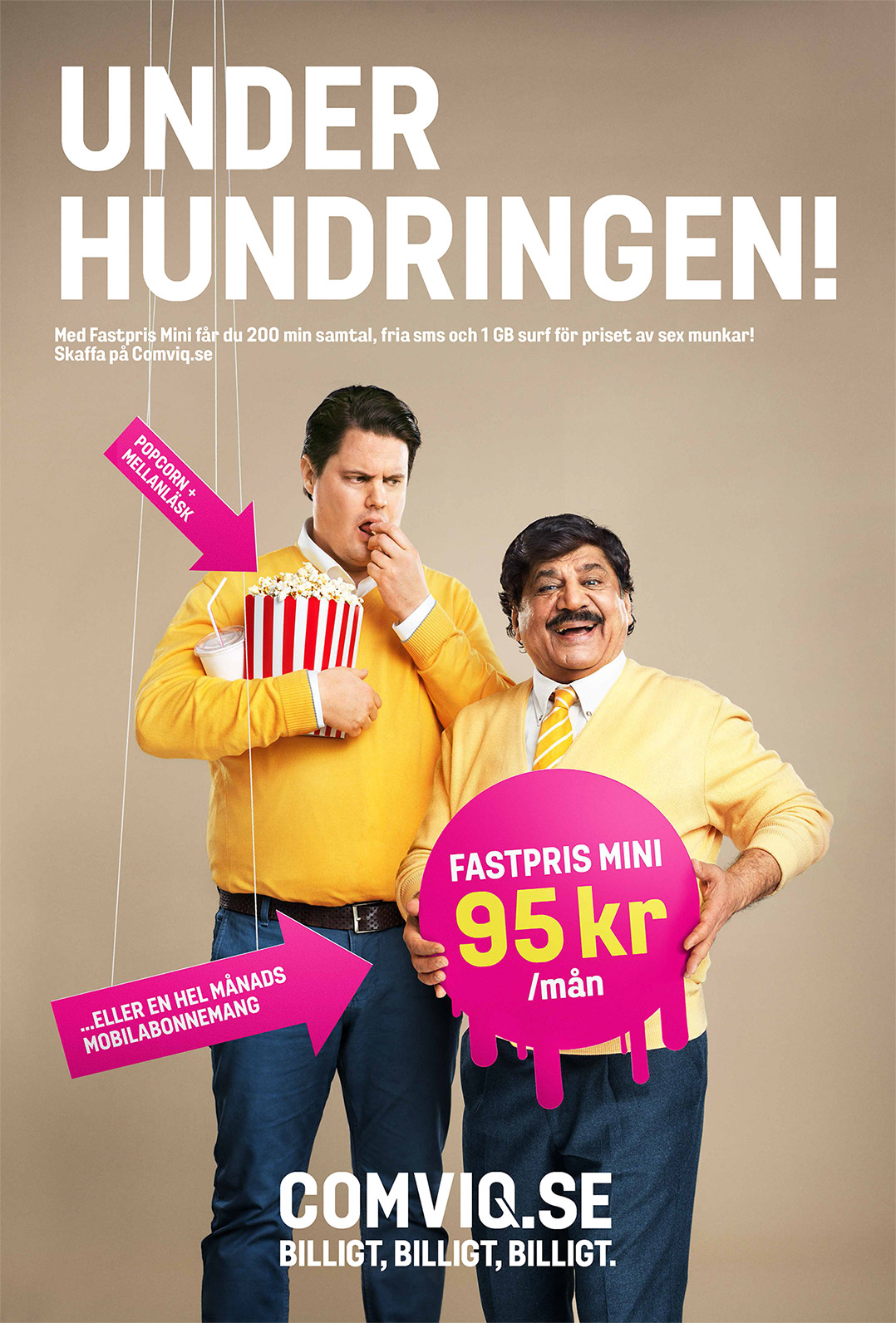 One of Comviq’s customer groups is students. During the first half of 2016, we came up with an idea that Comviq would offer students a day of Comviq Relief. For the same price as Fastpris Mini, students could rent a caravan through the popular Swedish e-commerce website Blocket. The caravan would come packed with snacks, Wi-Fi connection, and several streaming services. We decided that the money we earned would go directly to charity.

In this campaign, I was responsible for the digital design. For example, I made all the online campaign assets. Besides this, I designed the landing page on Blocket and helped with the marketing production. 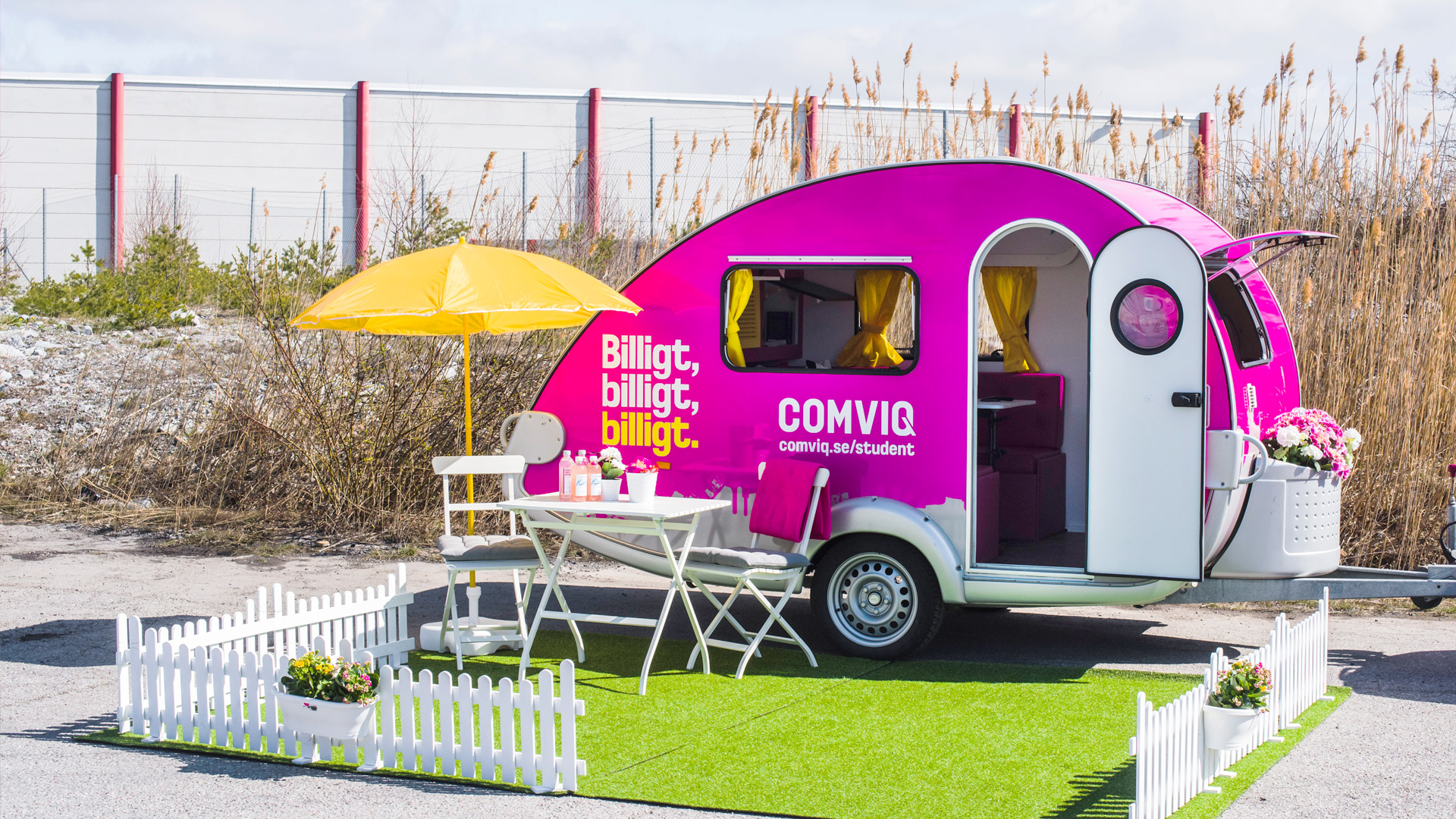 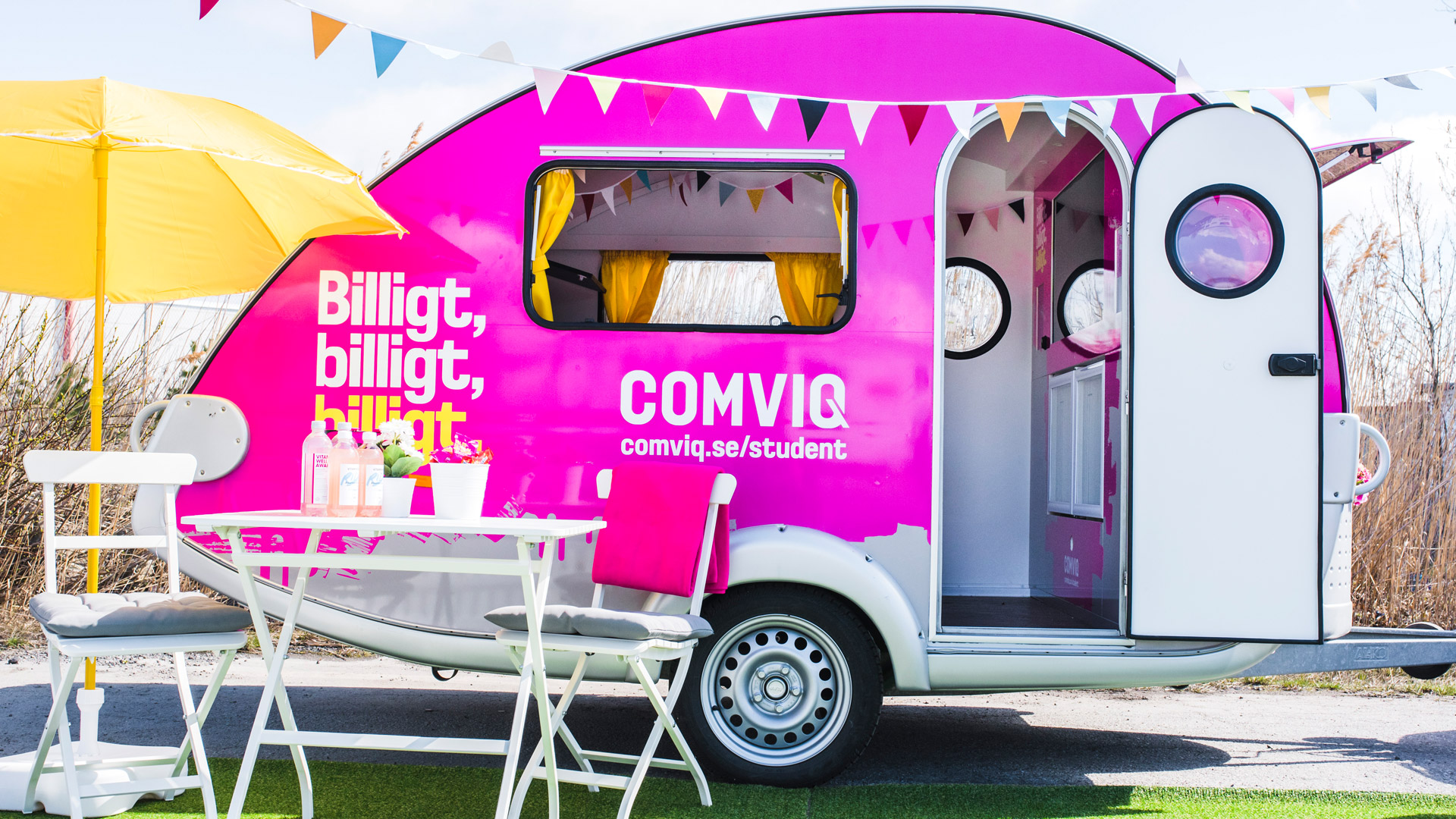 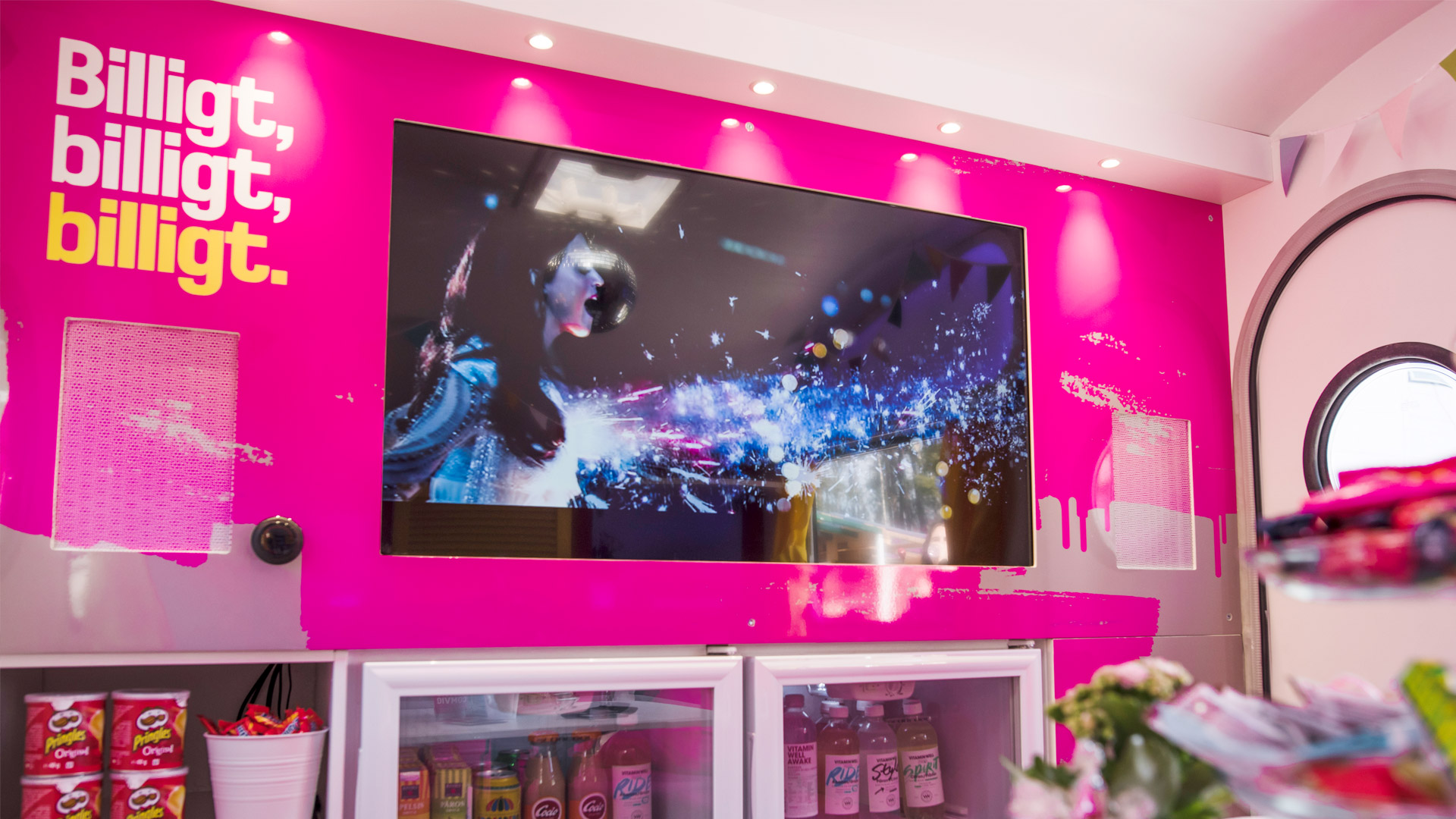 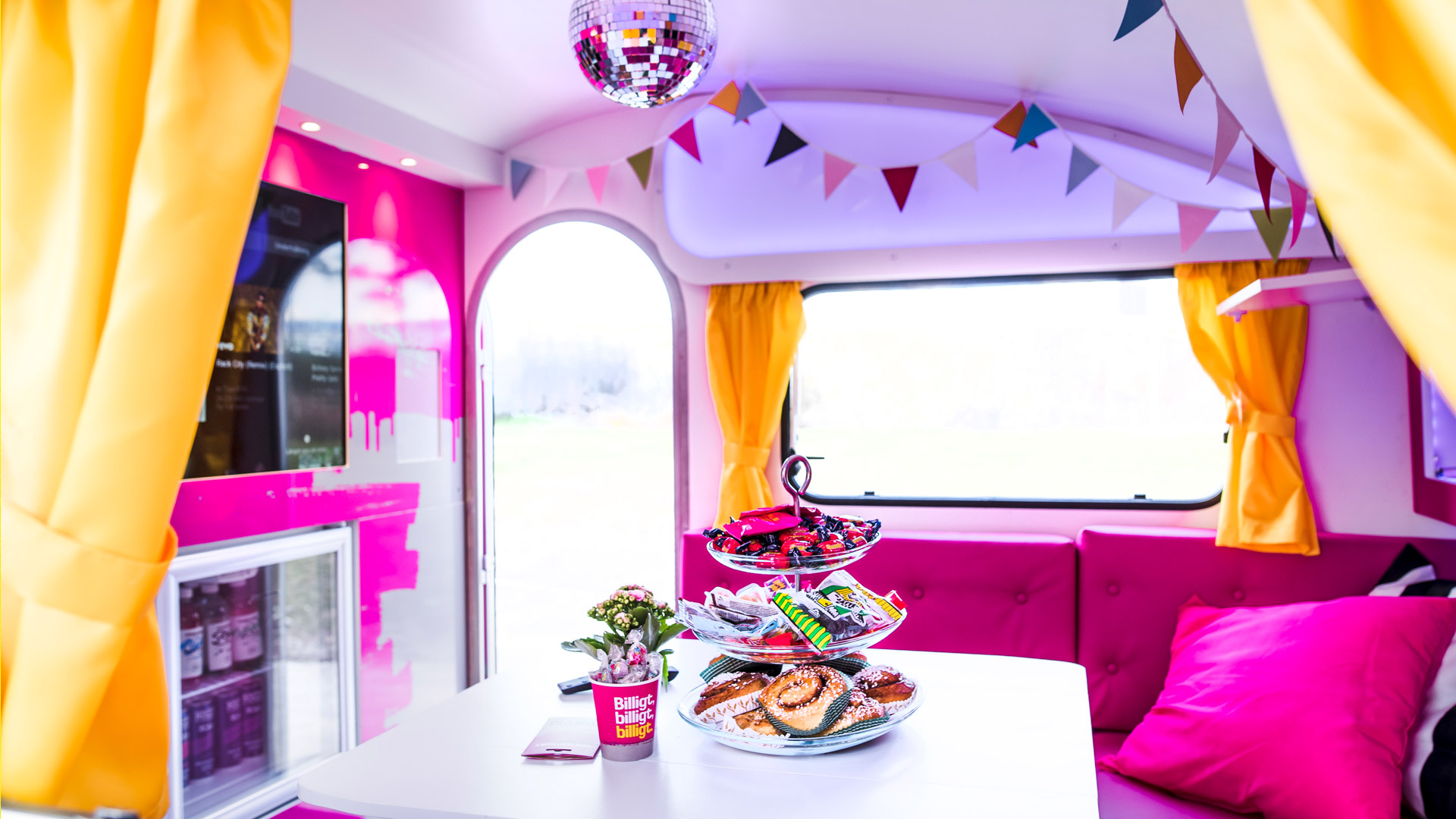 One important communication channel for Comviq is digital screens, such as storefront displays. Although printed media is still the dominant marketing medium, digital channels have become more and more important. One reason for this is that the target audience of Comviq is primarily teenagers and young adults. In general, these groups are more perceptive to digital channels.

When I was working with Comviq, I was responsible for improving the motion design and animations. Both creatively and strategically. One project was aimed to systemize the production of Comviq videos. For that reason, I led an initiative to build a library of animation assets and templates.

The creative side of the motion graphics work included animations of iconic Comviq elements, such as the distinguished pink paint. To make it look realistic I had to consider how to best built up a good momentum with the paint strokes. On top of that, I had to play around with individual paint drips. Similarly, I also had to consider how the paint could be used together with the text message. Sometimes the paint would reveal it.

I designed and developed online banners for several Comviq campaigns. Similar to the screen animations, I put a big emphasis on the pink paint effect. I had also to take into consideration technical constraints. For example the banner size and time limit.