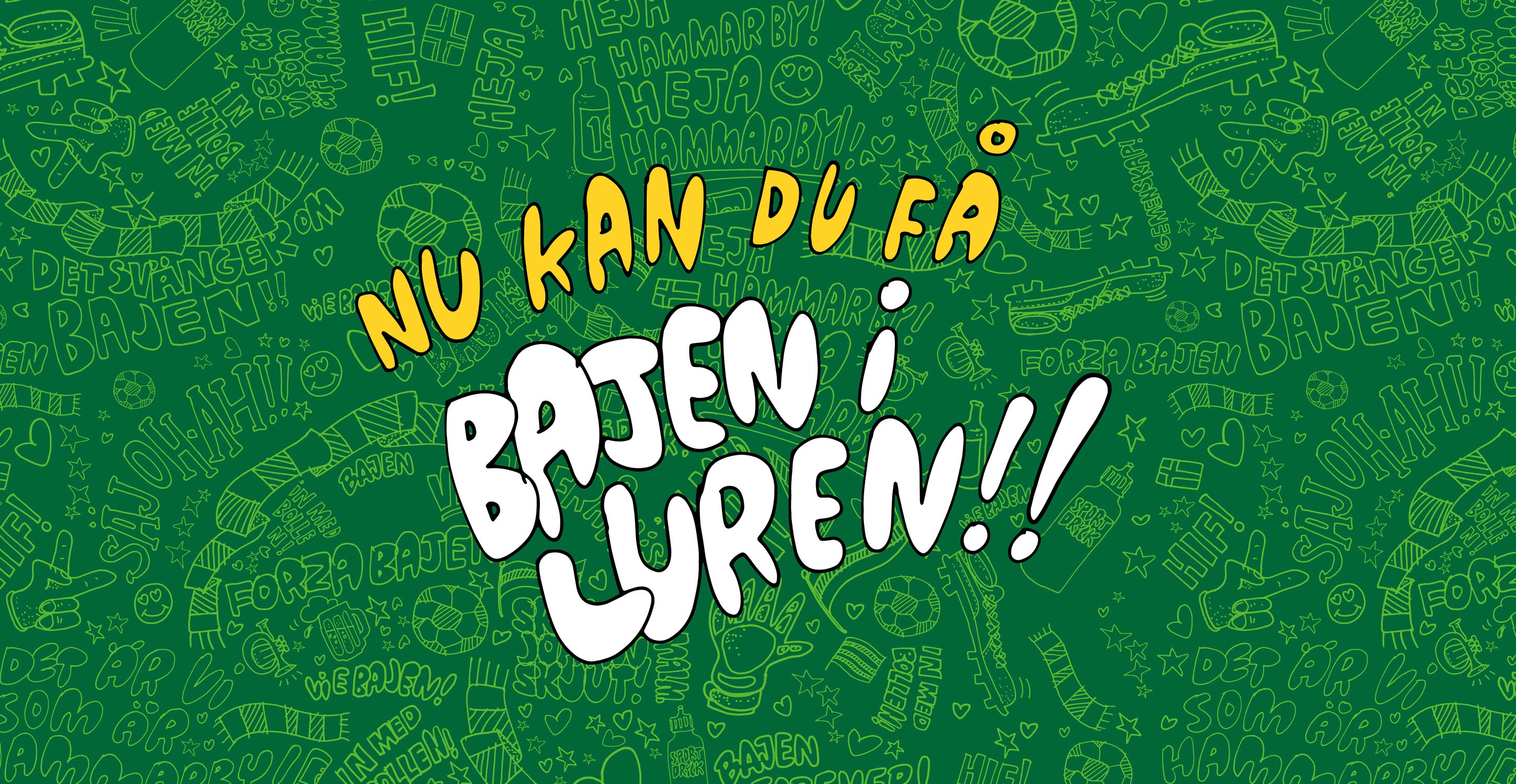 In 2016 – 2017, we at Tele2 gave football fans the possibility to support their favorite teams through their cell phone subscription plan. We called it Supporterabonnemanget. Which roughly translates to “The Fans Subscription”.

Plans for the fans

Tele2’s presence at Tele2 Arena enabled us that worked at the company to establish good relationships with Djurgårdens IF and Hammarby IF. Two of the best and most well-known football teams in Sweden. The collaboration eventually turned into an idea: what if the football fans also could support their teams through their phone subscription plan?

We in the Arena group brainstormed on how this could be done. After some ideation, we moved forward with a concept that would replace the Tele2 carrier name on a mobile device. Instead of the Tele2 name, the device would show the name of the football team. After having discussions with representatives from the teams, we moved forward with the idea. Simultaneously, we suggested that Tele2 would donate a small sum from the subscriptions each month. The donations would support each team’s youth section. As a way to validate the idea further, we used a focus group.

One challenge in the project was how to handle the partnership between Tele2 and the football teams. We wanted to avoid making Tele2 appear as a sponsor or “owner” of the teams. Instead, we choose a more subtle approach.

Together with my creative partner, a copywriter, I started to ideate on the new product. At the same time, we started to work on the campaign’s visuals and tone of voice. Eventually, we decided we would be more playful and less Tele2. In this way, we could align more with the brands of Djurgårdens IF and Hammarby IF. We thought that it would be good to divide the sim card folder. The front would be Tele2 but the inside would show the team’s emblem and design. The sim card would also be fully branded with the team’s colors. In this way, we achieved a balanced co-branding.

Halfway through the design work, we got a request from Hammarby IF. They wanted to provide their own illustrations for the campaign. Djurgårdens IF also wanted their say on the sim card and folder design. They had decided they wanted a blue-tinted sim card with a texture. 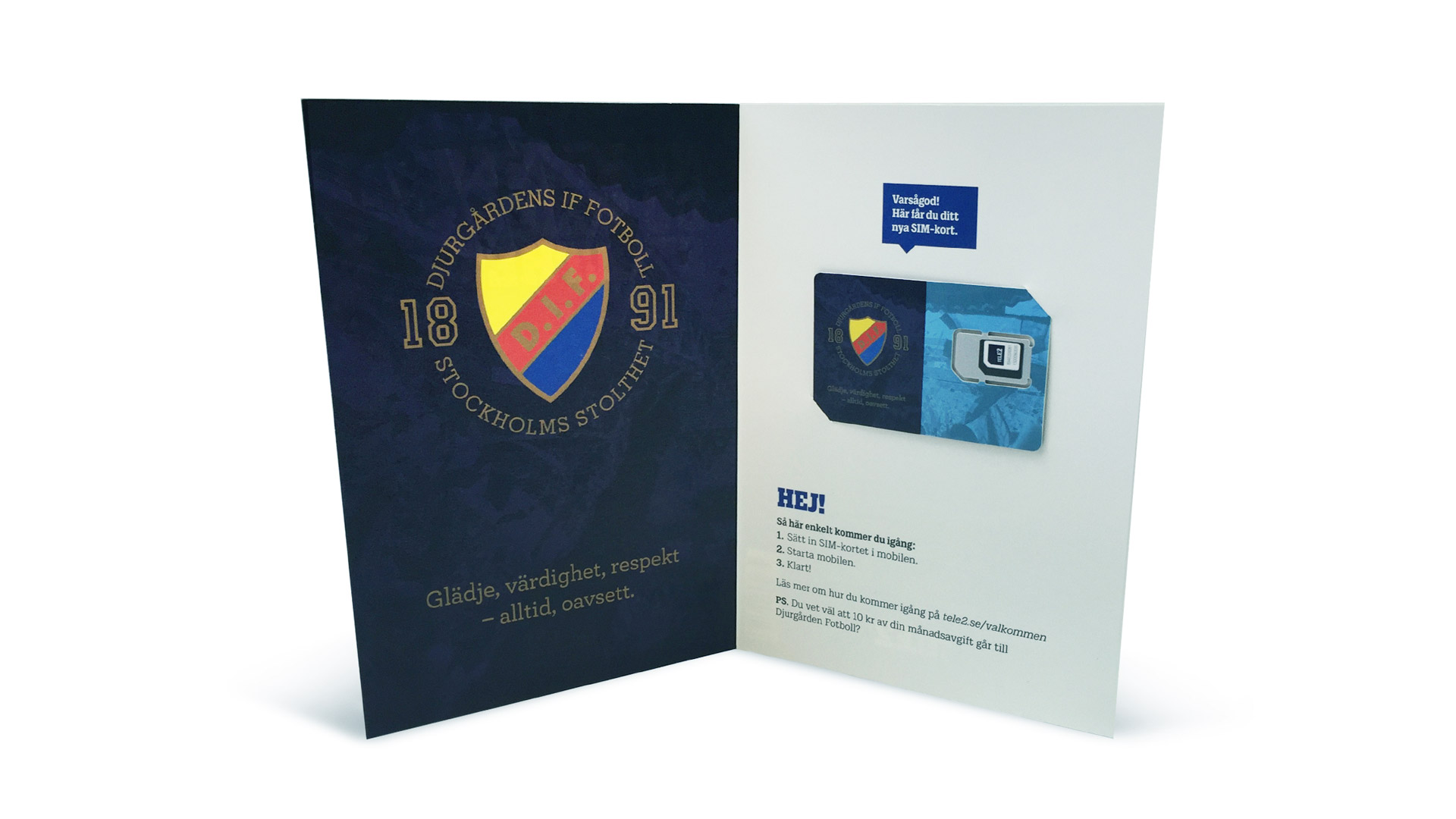 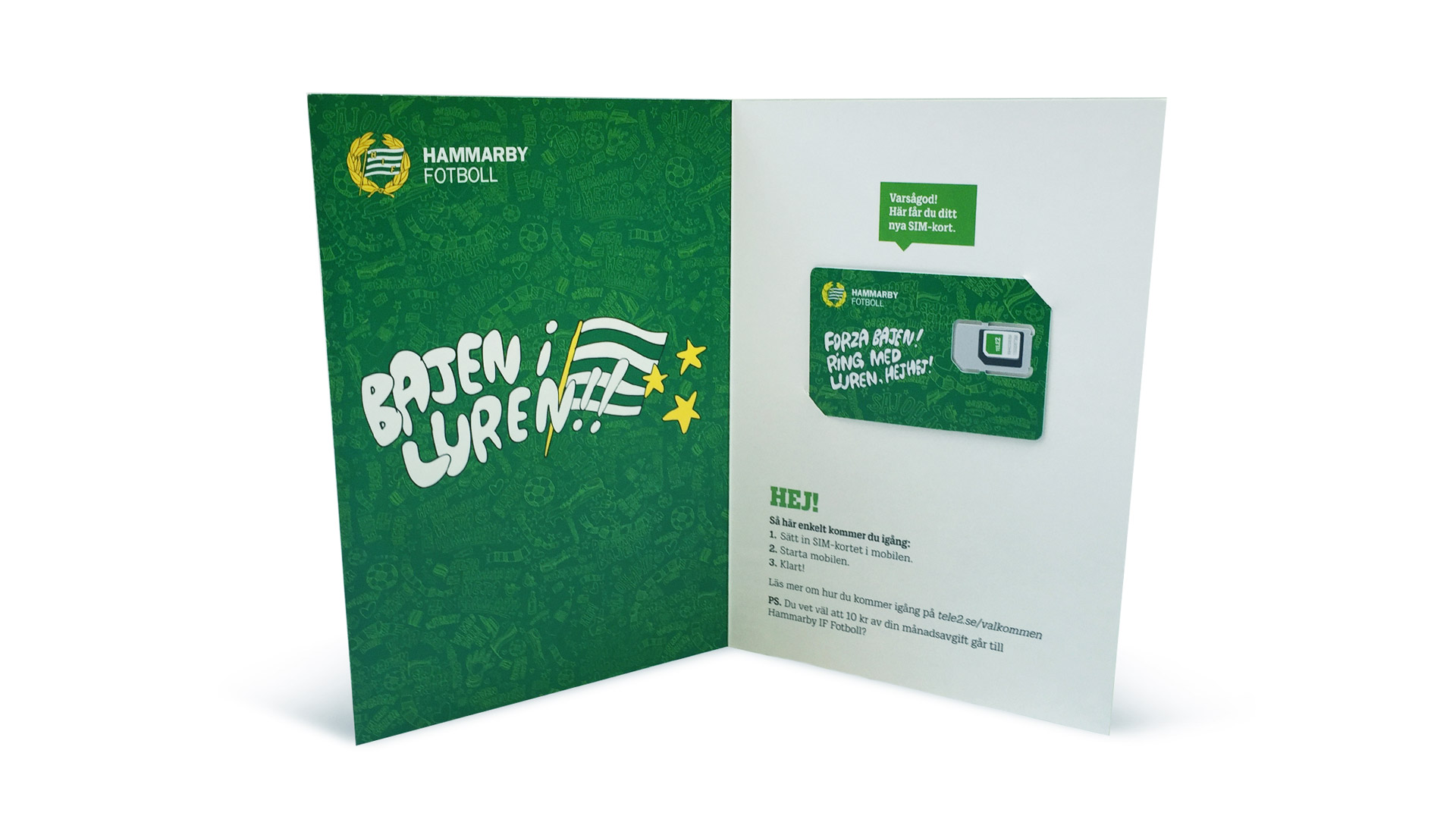 With the design of the campaign, we managed to blend two different football teams’ brands and make them work together with Tele2. The next step was to roll out the campaign in different channels.

To market Supporterabonnemanget, we produced a couple of short animations for social media platforms. We gave the animation for Hammarby IF a playful touch, since it included cartoonish elements. The animation for Djurgården became a bit more modern and stylish. Both animations were modified for the Tele2 Arena LED displays and played during certain games.

The rollout of Supporterabonnemanget was met with positive comments from the fans. One example was: “Of course you fix this when you are already a Tele2 customer!”. Another example was: “This would be something! :D”. In general, fans from both teams were showing a lot of engagement and interest in the new product.